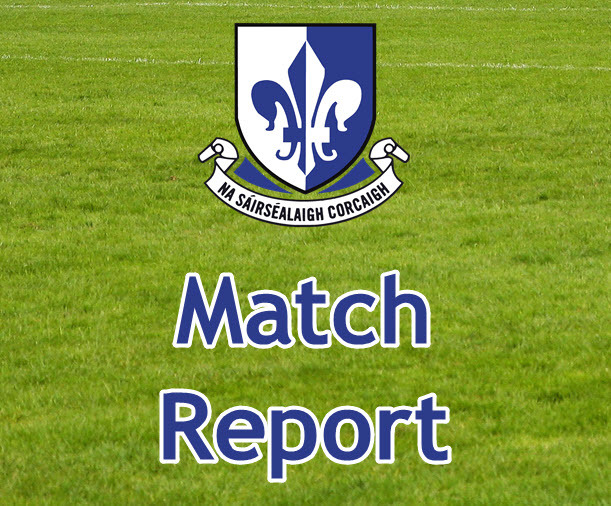 In the first outing of the season, Sarsfields Intermediate hurling panel took on Inniscarra at Ballyanley on Sunday March 6 winning on a score line of 1-16 to 0-14.

The management team ratified by the club on Monday February 21 are in the early stages of identifying all available and interested players.

Many thanks to u19 team manager Cathal Duggan who helped to identify some of the clubs younger players with Flynn O Brien and Cillian McCarthy toggling out.

Flynn is unlikely to forget his first game taking a knock to the finger some 30 seconds of being introduced and being forced to withdraw. The good news is that the injury is less severe than thought after a medical check up. This serves as a reminder that all players should have membership paid for insurance purposes.

Cillian played a great role in the full forward line gaining possession on the majority of times the ball was played into him.

The standout moment in a tight closing finish was a great team goal finished with aplomb by young Darragh Long.

It was also a great day for Brian Murphy who played his first game for Sarsfields since his transfer. A warm welcome again to Brian.

On Friday last the Minister of State for Sport and the G...